Ukrainian Technological Institute of Ceramics and Glass was founded in Kiev during the Soviet Union time. As Its part in Mechanical Faculty since 1933 the department «Processes, machines and apparatus of silicate industries» have been created. The preparation of mechanical engineers for silica industry started at the Department.

The first head of the Department was an experienced engineer, docent Berdichevsky N.M. In 1936
the first issue of 10 mechanical engineers of silicate industries took place. In 1953 the Department was headed by a former Rector of Kuibyshev Engineering-Building Institute docent, Ph.D. Dubovitskiy V.F. 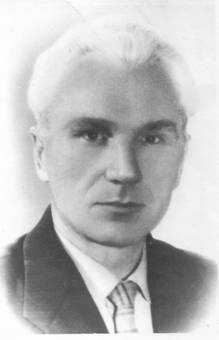 After Kyiv Technological Institute of Silicates (КТІS) joined to the KPI on the basis of Departments «Processes, machines and silicate production vehicles» and «Machines and devices in chemical production», Department of «Chemical Engineering» was created in the KPI. It started preparation and issue of mechanical engineers for chemical and building materials industry. Docent Dubovitskiy V. F. was appointed to be a Dean of the faculty.

In 1969 the Department was headed by a leading expert in the field of polymer engineering Ryabinin D. D., who in the same year was elected as a Dean of Chemical Engineering Faculty. At the same time, he became a chief editor of the scientific collection «Himicheskoe Mashinostroenie», head of Specialized Council for theses defense and manager of postgraduate and competitors of a scientific degree. 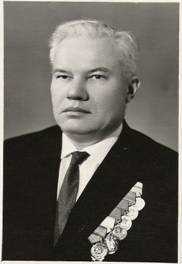 In 1977 the department was headed by a former rector of Kyiv Technological Institute of Food Industry, State Prize winner, Honored Worker of Science in Ukraine, a veteran of WWII, Professor, Doctor of Technical Sciences Fedotkin I.M. On September 1 1979 the Department received a name of «Chemical, silica and polymer engineering». The Department continued training mechanical engineers in three specialties and highly qualified researches through the postgraduate course. 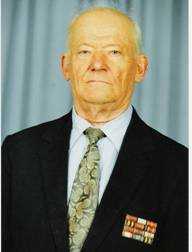 In September 1986 the department was headed by State Prize of Ukrainian Science and Technology, Doctor of Technical Sciences, professor Sakharov O. S. 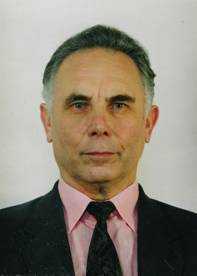 During this period scientific school of automated design systems (ADS) was created, computing got a broad introduction to the educational process and researches, teaching staff preparing activated.
Obtained by prof. Sakharov O.S. and his disciples research results were widely introduced into the educational process and practice of machines and chemical production devices and building material designing, as well as into calculations of structural elements operating in extreme conditions for various industries.

Under the guidance of Sakharov O.S. the work on new specialty "Packaging equipment" opening was launched, as well as on redevelopment of basic specializations considering advances in ADS. 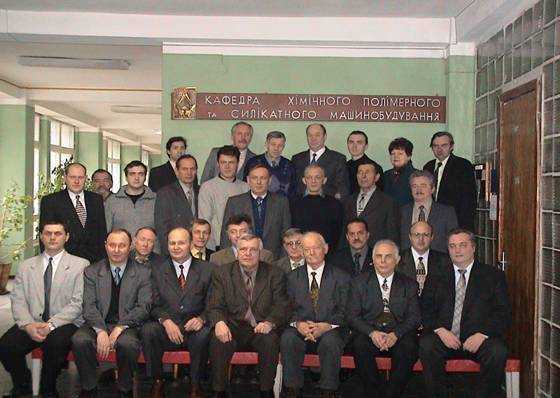 In May 2001 Professor Panov E. M. (Dean of Chemical-Engineering Faculty) for competition basis was elected as a head of the Department.

In his active participation in 2002 an additional current specializations were opened: 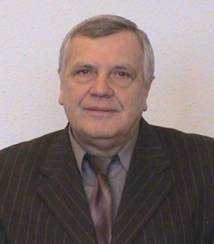 In 2004 the department also started training of mechanical engineers, creating a specialty «Machines and technology of packaging».
During 70 years of its existence the Department has trained over 5000 specialists (in 1933-1953 - about 500, in 1953-2005 - more than 4500). Known in Ukraine and abroad scientific schools with priority areas of science and technology were made:

Employees of the department for the past 10 years published over 30 monographs and textbooks, over 300 scientific articles (including about 100 - with students), received more than 100 patents of Ukraine for inventions, made over 200 presentations at scientific conferences, defended 12 doctoral and Ph.D. theses. Over 20 student research works were awarded prizes at university and national competitions. Several leading and young scientists of the department receive state scientific scholarships.